Mundoo Island Station was first established in 1843 and has a long and unique story in the pastoral and agricultural pursuits of early colonial South Australian life.

Colonial pastoralists in the Lake Alexandrina area had ‘runs’ on which they depastured their sheep and cattle, but did not have any legal claim over the land. They were effectively ‘squatters’. The South Australian Waste Lands Protection Act 1842 provided the Government with the means to issue annual Occupation Licences from January, 1843.  The annual licences were required to prevent encroachment, intrusion and trespass upon unsold Crown Land and provided a formal agreement for pastoralists to undertake depasturing on the runs which they had claimed.

Donald McLean, together with his wife Christina and ten children, departed Argylleshire, Scotland on the ship Navarino in December, 1837 bound for Holdfast Bay, South Australia.

Donald McLean subsequently applied for, and was granted, an Occupation Licence from 21 December, 1843.  The description of land was not listed, however it can be assumed that the land included Mundoo Island, as his application for the following year stated Mundoo Island as part of the run. Occupation Licence No: 122 for Mundoo and four adjacent islands in Lake Victoria (Lake Alexandrina) was granted on 24th July, 1844. This was renewed annually; however we are unsure for how many years. Our research found the last Occupation Licence recorded for Donald McLean was granted in June, 1847 for the ensuing year. We cannot confirm the year in which tenure for Mundoo Island was relinquished by Donald McLean and taken up by Thomas Holme, as some of the records in State Records were lost many years ago.

Thomas Holme applied for Assisted Emigration to Australia on 22nd August, 1838. Thomas, a shepherd (aged 29) and his wife, Mary (aged 23, neé Machel), with their two children (a girl 2 years and a boy 4 months) departed London on 5th December, 1838 and arrived at Holdfast Bay on 22nd March, 1839 aboard the Buckinghamshire after a ninety eight days’ passage.

When Thomas registered the birth of his son John, born in 1849, he gave his profession as a shepherd and address as Strathalbyn. It is highly probable that Thomas held an Occupation Licence for Mundoo Island from 1850 as his address was listed as Mundoo Island in 1851.  Thomas was quite the pioneer pastoralist, farming sheep in obscure and difficult terrain. He certainly grasped opportunities that many others would not dare to touch.

Pastoral tenure in South Australia remained on an annual licence system until 1851 when an amendment was made to the Waste Lands Act.  Occupation Licences were replaced with Pastoral Leases, providing tenure for up to 14 years for all land not within Hundreds. We presume Thomas was issued a Pastoral Lease for Mundoo Island at this time.

The improved security of tenure from this amendment to the Act contributed greatly to the more substantial construction of buildings on pastoral runs and stations.

On the 1st July, 1851 Thomas was issued Pastoral Lease No: 60 for land to the south-east of Mundoo Island, namely ‘The Coorong Run’ on Younghusband Peninsula. This lease encompassed the peninsula, 4 miles from the mouth of the River Murray in a south-easterly direction to McGrath’s Flat, a distance of approximately 36 miles. On 4th May, 1858 this Pastoral Lease was endentured [sic] to Thomas Dodd and James Dodd.

Thomas’ wife, Mary, died on Mundoo Island of Consumption on 25th June, 1854 aged 39 years. Thomas was aged 45 when he married his second wife, a Scot, Elizabeth Cameron, at the Free Presbyterian Church, Strathalbyn on 15th May, 1856. They lived on Mundoo Island and had the following children:

A number of parcels of South Australian Crown Land were offered by public auction as freehold Land Grants on 21st February, 1856. Land Agent, Peter D Prankerd, purchased Crown Land Lot 13157, Sec 2346, Mundoo Island, 612 acres, Hundred of Nkangkita. The title for this land was issued in the name of Thomas Holme on 22nd March, 1856. We presume Thomas engaged a land agent to conduct this purchase on his behalf as the title was not at any time in Peter D Prankerd’s name. The first freehold title for Mundoo Island, under the Torrens Title Act, was issued to Thomas Holme, sheep farmer, in 1866 for the consideration of £612.5s.

These tragedies, together with other factors, may have been too much for the Holme family to bear, as five months after the death of their daughter from snake bite, Mundoo Island Station was offered for sale by auction. The auction date was 18th May, 1871. Listed for sale in the same auction were Thomas Holme’s ‘valuable freehold land at Currency Creek, approximately 1,224 acres and Section 66, Partridge Street, Goolwa with improvements thereon, known as Mr Holme’s property’.

The freehold for Mundoo Island transferred from Thomas Holme to brothers Thomas Dodd and James Dodd on 30th September, 1872.

James Dodd died on 8th November, 1872, less than six weeks after their purchase, whilst on a boat trip from his home in the Coorong to Goolwa. Thomas Dodd and his wife Mary (neé Harriot) lived on Mundoo Island for many years and raised their family there. Their tenth child, Frank John, was born just over a week before settlement on the purchase of Mundoo Island Station from Thomas Holme, in September, 1872.

Thomas and James’ brother, Frederick Dodd, was appointed overseer of the two Dodd stations, on the Coorong and Mundoo Island, in 1873 following James’ death. James’ replacement, drowned in the River Murray, hence Frederick’s arrival. Frederick did not stay at this post for long as five of his children were infected with diphtheria in 1873, of which four died.

Thomas Dodd registered a mortgage for Mundoo Island to Joseph Grundy in July 1873. This mortgage was discharged in full in February 1876. Thomas Dodd apparently ran Angora goats on Mundoo Island along with sheep and horses.

Thomas Dodd died on 30th December, 1907; the station was then run by two of his sons, Thomas Andrew and Frank John. Thomas Andrew died a year later, leaving Frank with a life interest in Mundoo Island.

Frank sold one undivided moiety (half share) of Mundoo Island to John Beckwith on 26th September, 1917. The Beckwiths were already living on Mundoo Island in the original homestead at this time, whilst the Dodds remained in the second homestead. John Beckwith’s wife, Ellen (Nell) neé Rankine, was a first cousin of Frank’s wife, Jane (Jean) neé Beevor.

Frank and Jean Dodd left Mundoo Island and moved to Melbourne, leaving John and Nell Beckwith to run Mundoo Island Station. Frank later moved to Queensland in August 1922 where he became involved in a number of business opportunities including working on Calliope Station growing cotton and later farming cattle.  Jean and Margaret stayed in Melbourne until Frank was settled, and then moved to Queensland.

John Beckwith sold his ‘half share’ of Mundoo Island to Walter Grundy on 9th February, 1922. The Beckwiths moved to Upper Sturt, growing fruit and berries, until John’s health forced them to move to the city. They bought a house in Goodwood Park where Nell died in 1945, aged 72. John spent years in a wheelchair and then bed-ridden in St Andrews Hospital.  He died in 1952, aged 86.

Walter Grundy wished to purchase Frank Dodd's interest in Mundoo Island Station so that he had full and clear title to the property. There were too many obstacles over the 10 years of 'half ownership' that it was desirable to pursue full ownership. On 1st July, 1932 settlement was reached with Frank Dodd and he transferred his ‘half share' of Mundoo Island and associated leases to Walter Grundy. This enabled Frank to purchase the property he desired in Queensland and enabled Walter and Jack Grundy to farm Mundoo Island in it's entirety and with full ownership.

Jack farmed Mundoo Island Station and Norman farmed 'Riverside'.  This was very handy at busy times on both properties as they were able to move between both properties to undertake mustering, shearing and cropping.  It also made purchasing equipment such as binders and harvesters viable.

The fourth generation of the Grundy family is currently running Mundoo Island Station. 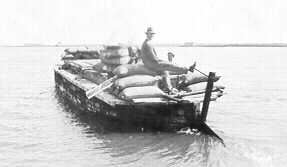 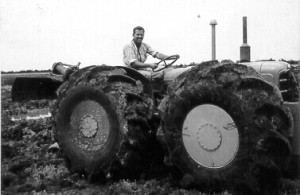 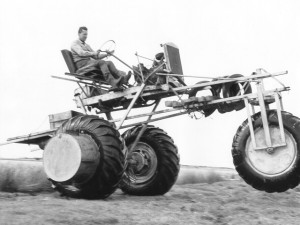 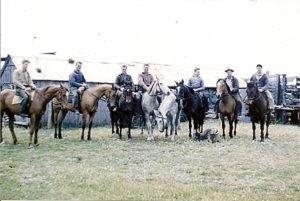 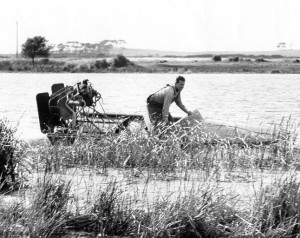 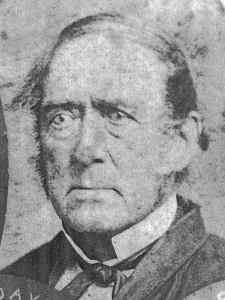 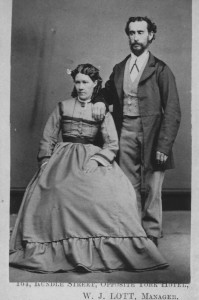 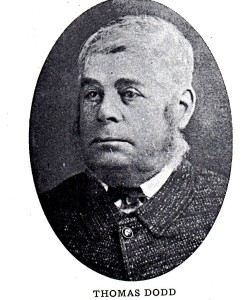 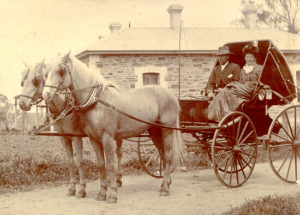 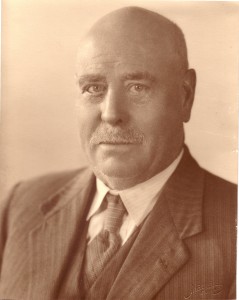 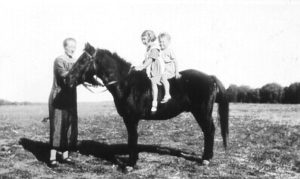 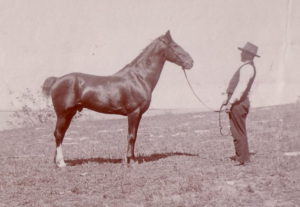 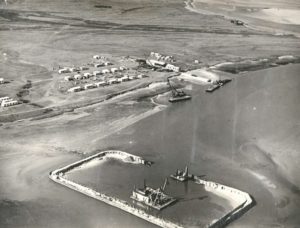 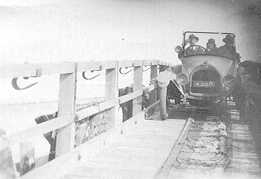 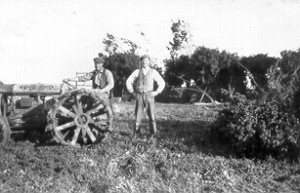 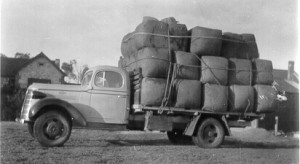 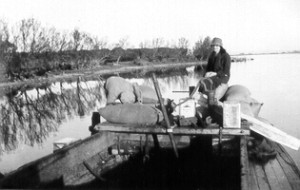 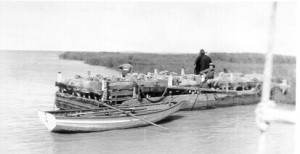 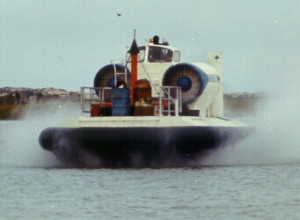