The ‘Millennium Drought’ of 2007 – 2010 was one of the most heart breaking farming events that has been endured in the five generations of the Grundy family on Mundoo and Hindmarsh Islands.  Each generation has had their problems to deal with from workmen leaving to go to war, liver fluke issues due to the construction of the barrages and death duties but for us it was the Millennium Drought.

As Mundoo Island Station is the last farming property on the Murray-Darling Basin this resulted in us being the first to suffer the devastating effects of the freshwater turning salty due to the barrages leaking.

A combination of the worst drought since records began in 1891 and over-allocation of the Murray-Darling Basin resources witnessed an epic environmental disaster that had not been witnessed before.  The situation went from bad to worse over a four year period.

We first became aware of the catastrophic situation that was unfolding in March of 2007.  We had 150 weaners in our yards and we watched a few walk to the water trough, have a sniff and walk away.  This alerted us to the fact that there must be a problem with the water as the stock were not drinking it.  Upon tasting the water in the trough we discovered that it was very salty.

If the water in the stock yards was high in salt then it meant that our windmill had pumped salty water throughout our property. The result was devastating.  We turned off the windmill and had to empty the troughs, tanks and pipes.  The fresh water in Holmes Creek was tested and had a very high salinity level – nearly as salty as the ocean. The Mundoo Barrage was leaking salt water back through to the fresh – known as reverse head.  In fact all the barrages were leaking salt water back into the fresh at a vast rate.

The downward spiral had begun.

The barrages were built between 1935 and 1940 to prevent the ingress of salt water into the Lower Lakes. As stated in various forms on Government websites, the barrages were engineered to prevent seawater entering the lakes during low river flow.

The original design and construction of the barrages  incorporated materials to prevent any ingress of salt water through the 593 stoplog bays or radial gates.  The material, rubber flanges and the like, have deteriorated over the past 75 years and are not providing the seal that they once did.

The barrages were leaking so much salt water through the gates into the fresh water that more and more farmers and properties were affected by the salt water slugs.  We had brought it to the attention of the government via letters, phone calls and the media because we did not want others to be harmed, as we had been.  The efforts made to stem the leaks were futile.  The salt water spread far and wide.  We were amazed that in this modern era there was not an engineering solution to this problem.

Now it was not just us waging the war – others were having their livelihoods threatened and became vocal.  A groundswell of support erupted and slowly steps were taken to address some of the issues facing those of us in the Lower Lakes of the Murray–Darling Basin.  Drought and Rural Support Centres were springing up to meet the needs of farmers, rural industries and communities. The media were inundated by concerned residents and our solitary voice was echoed by hundreds.

25th January, 2007 seemed like a century ago.  That was the date that then Prime Minister, John Howard, visited Mundoo Island and Tauwitcherie Barrage to announce the Commonwealth Government’s $10 billion plan over 10 years to save the River Murray, including a Commonwealth take-over of the whole river system.

It was officially acknowledged that the Murray-Darling Basin was in crisis. 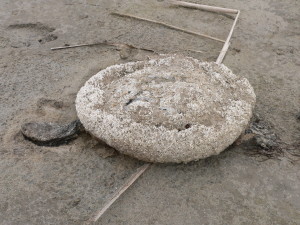 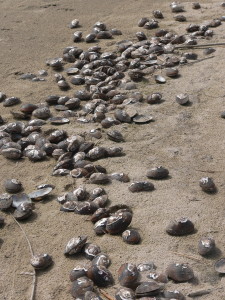 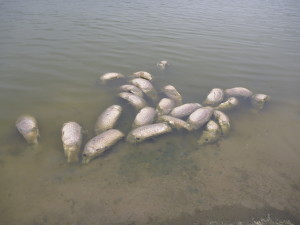 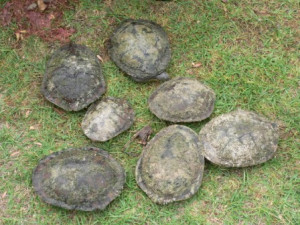 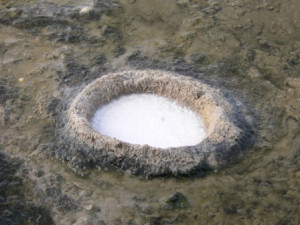 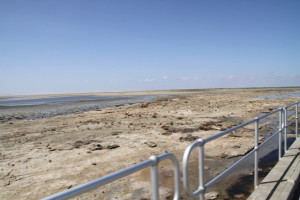 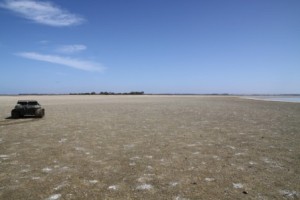 The Lower Lakes and Coorong cover an area of approximately 140,500 hectares and in 1985 it was added to the list of Wetlands of International Importance under the Ramsar Convention on Wetlands.

It beggars belief that an area rated so highly for environmental and ecological value on the international scene can be allowed to suffer so much damage.  The lack of State and Federal Government action throughout the four years was beyond our comprehension.  The knee-jerk reaction to many of the issues was often too late to make a positive impact or simply not the required action.  Environmental flow was required urgently if the looming environmental disaster was to be minimised – the flow did not come in time.  Loss of critical freshwater habitat pushed critically endangered species to the edge of extinction.

Much of our frustration was as a result of the lack of interest from many Government departments in our ‘on-ground’ problems.  Too often, decisions were made by people who were not aware of the day to day happenings and who had not visited the site, but thought they knew best. Local knowledge is a valuable resource in crisis situations such as we experienced but was rarely called upon.

The receding river level caused the degradation, and in many cases the loss, of freshwater habitat for many native species of fish and other aquatic animals. This resulted in loss of food sources and ideal breeding conditions.

We nurtured two sites of critical fish habitat on Mundoo Island containing southern pygmy perch (Nannoperca australias) and Murray hardyhead (Craterocephalus fluviatilis).  Our two sites were deemed to be worth protecting to ensure the survival of these local species as they are listed as ‘endangered’ and ‘critically endangered’ species respectively in South Australia. As the summer temperatures increased, the remnant pools evaporated.  We carted water for a few weeks to ensure the pool level was sufficient to protect the fish but we were unable to sustain the expense of the water carting.  Gradually the water evaporated leaving highly saline puddles and the fish either died or were taken by birds as the water level dropped.

Large numbers of fish died in the waterways around Reedy Island as a result of the high salinity levels.  The smell of rotting fish was unbearable at times.  We conducted soil and water sampling in these areas and the highest salinity was recorded at 29,200EC.  The soil samples were highly acidic.  It was no wonder nothing survived in the waterways around the islands.

Significant rainfall and resultant flooding in the upper Murray-Darling Basin in the winter and spring of 2010 resulted in the Lower Lakes re-filling and freshwater was released through the barrages for the first time since 2006. Salinity levels reduced dramatically in Lake Alexandrina however, Lake Albert continued to have unacceptably high salinity levels.

Over the ensuing months, we noticed the resilience of nature. Frogs were in abundance in the fresh water lagoons that had been empty and silent for the previous four years. Vegetation started growing in the waterways, migratory birds re-appeared and the general bird population increased.  The food chain was re-establishing its parameters.

The dredging of the Murray mouth was continued for an eight year period, commencing in 2002 and is still being dredged.  Low River Murray inflows in South Australia result in low releases of fresh water through the barrages which in turn causes sand to accumulate inside the mouth. Gradually the accumulated sand deposits cause restrictions at the mouth and possible closure.  It is vital for the Murray mouth to be patent so that the accumulated salt and nutrients that flow down the entire Murray–Darling Basin system can be flushed out to sea and to maintain a healthy ecosystem in the Coorong.

The Murray–Darling Basin Plan has been implemented to ensure a long term sustainable river system. This will take years to come to fruition; but it is a start. Water buy-back schemes were introduced to return water to environmental flow that was previously used for human use and major work has been undertaken on improving irrigation and on-farm infrastructure to improve efficiency and productivity.

Unfortunately, all the predictors are indicating we are heading for another very dry year.

We hope we never see the same conditions we witnessed during the Millennium Drought. 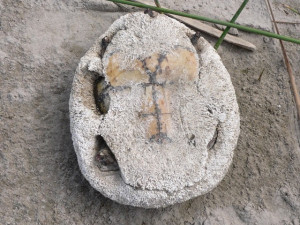 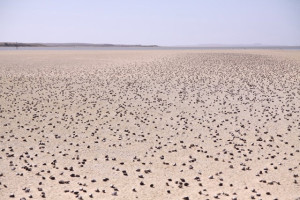 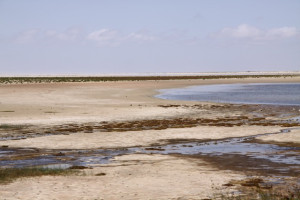 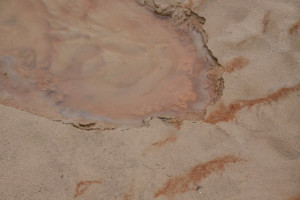 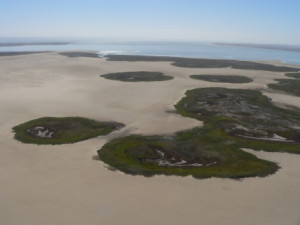 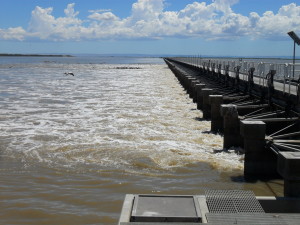